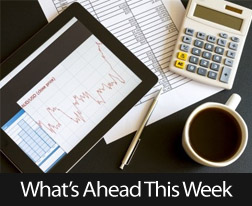 Construction spending remained in negative territory for September according to the Commerce Department. The month-to-month reading decreased by 0.40 percent against the expected reading of +0.40 percent and August’s reading of -0.50 percent. Approaching winter weather is a likely reason for less spending, but ongoing challenges with shortages of buildable lots and labor are also factors. Spending on residential construction rose 0.50 percent, which is good news in terms of a persistent shortage of available homes.

The Federal Open Market Committee of the Federal Reserve announced that it would hold federal interest rates in the target range of 0.25 percent to 0.50 percent. Analysts have been monitoring Fed policymaker pronouncements in anticipation of a rate increase. With strengthening labor markets and other economic indicators, policy makers hinted at raising the Fed target rate in December.

Low mortgage rates have helped to offset the effects of high demand for homes and rapidly rising prices; if mortgage and refinance rates continue to rise, affordability and mortgage qualification issues are likely to arise for some home buyers.